Coming atcha with more of that sweet queer content, in this episode Lysa and Kit talk about non-binary characters in Ursula le Guin's Left Hand of Darkness and Anne Lecke's Ancillary Justice.

Find Sexuali-tea on Twitter. Subscribe to the Gay-treon to get some extra special bonus stuff, or donate to the podcast on Ko-fi.

Sink your teeth into this one, Fannibals, it's the Hannibal episode of Sexuali-tea! Join Lysa and Harrison as they talk delicacies and deviance, murder and mastication, butches and beards.

Hello for 2020! It's a new year, and Sexuali-tea is bringing you new content. In this episode, Lysa and Jade discuss the decade-and-a-half old game series Yakuza.

There is a little issue in the first half of the episode where I dropped the microphone for a second, and I tried fixing it but it's still noticeable, so apologies for that!

There aren't many spoilers for the game series as Jade kept most of it purposefully vague but if you're unsure and don't want to be spoiled at all I'd suggest giving this one a miss.

Find Sexuali-tea on Twitter, Instagram, Facebook. You can donate to the show on Patreon and get bonus episodes, blog posts that accompany the episodes, and more! Or you can buy me a Ko-fi.

Happy holidays! Please enjoy this episode as a gift to you, my faithful listeners. Thanks for sticking by me this year. It's been wild and wonderful. I hope the New Year brings as much joy to you as this year has brought to me. And if you don't have anyone to spend Christmas with, then you can spend it with me. I'm your family now no takesies backsies.

I now realise if you're listening to this it's already Christmas, but Wendybird in Brisbane have a Found Family Festivities event every year around the 21st of December. Brisbane City always has a Christmas show leading up to the day, including a parade and a lights show with a tree in King George Square. There are always heaps of carols events and fireworks displays, if you want to be around people but don't want to be with people, ya feel.

And lastly, trans lives matter. Here are some things you can do to help trans people, and here are some resources if you're trans and struggling.

Lysa and Wolfram dive into a franchise that spans three eras: the 1980s when the graphic novel was written, 2005 when the film was released, and the future setting of the story. It's horrible all round.

Content warnings for this episode include discussions of: genocide, nazis, WWII, racism and racist violence, transphobia and transphobic violence, medical violence, concentration camps. This is a heavy episode, folks.

Sexuali-tea
A podcast that examines queer content in media.
A podcast examining queer content in media that updates twice a month with a new guest each episode. Join Lysa as she and a guest explore the facets of queerness in some well-known and not-as-popular tv shows, musics, filmographies, franchises, and more!
Support This Show 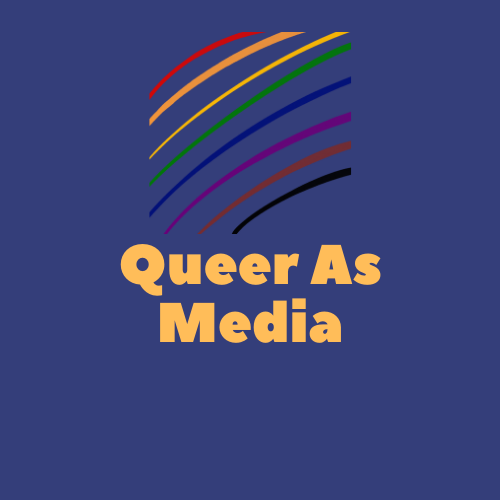